On June 3, 2015 Butt Thornton and Baehr participated in the Second Judicial District Pro Bono Clinic. The Clinic is held on the first Wednesday of every month at the Second Judicial District Courthouse. Thanks to the assistance of nine attorneys and one paralegal from Butt Thornton and Baehr, more than twenty individuals received assistance at the June Clinic.

On April 11, 2015 W. Ann Maggiore presented case studies to twenty-five radiologists from Radiology Associates of Albuquerque at the request of The Doctors Company as part of a retreat program.

Each year Super Lawyers recognizes attorneys who have distinguished themselves in their legal practice. The selection includes third-party validation of the lawyers’ professional accomplishments. 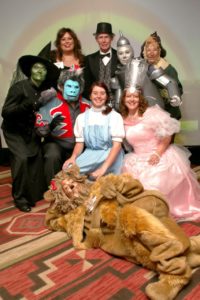 On March 28, 2015 Butt Thornton & Baehr participated in the annual Casa Esperanza Gala for Hope. This years theme was “There’s No Place Like Home.” The event featured Frances Sandoval as the Tin Woodman, Eula Landsford as the Scarecrow, Laurie Loving as the Cowardly Lion, Kaleigh Garduno as Dorothy, Gale Johnson as Glenda the Good Witch, and Alfred Green as the Wizard of Oz.

Casa Esperanza provides a home away from home for families facing cancer and other serious medical needs. Casa Esperanza is a nonprofit organization that has provided a compassionate residence for over 35,000 New Mexico patients and caregivers over the past twenty-three years. All proceeds from this event went to benefit Casa Esperanza Endowment Foundation.

W. ANN MAGGIORE ATTENDED EMS/MD COURSE AS PART OF THE FACULTY OF THE NATIONAL ASSOCIATION OF EMS PHYSICIANS

On January 21, 2015 W. Ann Maggiore attended an EMS/MD course for emergency physicians and paramedics as part of the faculty of the National Association of EMS Physicians.

Congratulations to Felicia C. Boyd who was named a shareholder of Butt Thornton & Baehr PC in 2015!

Ms. Boyd joined Butt Thornton and Baehr PC in August 2008. She is an alumnus of the University of New Mexico and graduated from the UNM School of Law in 2005. She is admitted to practice in the New Mexico state and federal courts. Ms. Boyd has represented clients in the areas of commercial litigation, complex civil litigation, health law, premises liability, personal injury, employment law, commercial transactions, and retail litigation. Ms. Boyd and her husband, Dustin, live in Albuquerque with their two children.

On November 12, 2014 W. Ann Maggiore taught a session entitled, “Anatomy of a Lawsuit” to the emergency medicine residents at the University of New Mexico.

Further, on November 21, 2014 Ms. Maggiore participated on a panel at a Risk Management Defense Counsel Seminar including approximately one-hundred attendees. 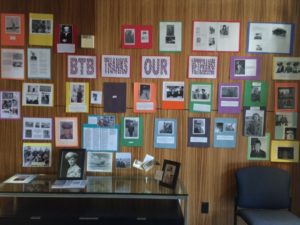 In honor of Veteran’s Day, Bobbie J. Collins, created the first annual BTB Veteran’s Wall.  All were asked to contribute photos of their favorite veterans. The wall includes photos and stories honoring those who have served from World War II to the present. The photos and stories will be collected and preserved in a firm album.

BOBBIE J. COLLINS NAMED TO THE 2015 BOARD OF DIRECTORS FOR THE NEW MEXICO TAXATION SECTION

Congratulations to Bobbie J. Collins who was named to the 2015 Board of Directors for the New Mexico Taxation Section.  She will serve on the board starting in 2015 for a two-year term.  Ms. Collins is currently studying part-time to obtain an LL.M. in Taxation through the University of Denver’s Graduate Tax Program.  Her tax practice primarily focuses on advising businesses and individuals of the tax consequences of real estate transactions.  She also represents clients in estate planning matters with tax considerations, and advises non-profit organizations on maintaining 501(c) status.

The 2015 rankings are based on the highest number of participating firms and highest number of client ballots on record.  To be eligible for a ranking, a firm must have a lawyer listed in The Best Lawyers in America, which recognizes the top 4 percent of practicing attorneys in the US.  Over 17,000 attorneys provided almost 600,000 law firm assessments, and almost 7,500 clients provided more than 40,000 evaluations.

Ranked firms, presented in tiers, are listed on a national and/or metropolitan scale.  Receiving a tier designation reflects the high level of respect a firm has earned among other leading lawyers and clients in the same communities and the same practice areas for their abilities, their professionalism and their integrity.

The 2015 “Best Law Firms” rankings can be seen in their entirety by visiting bestlawfirms.usnews.com. 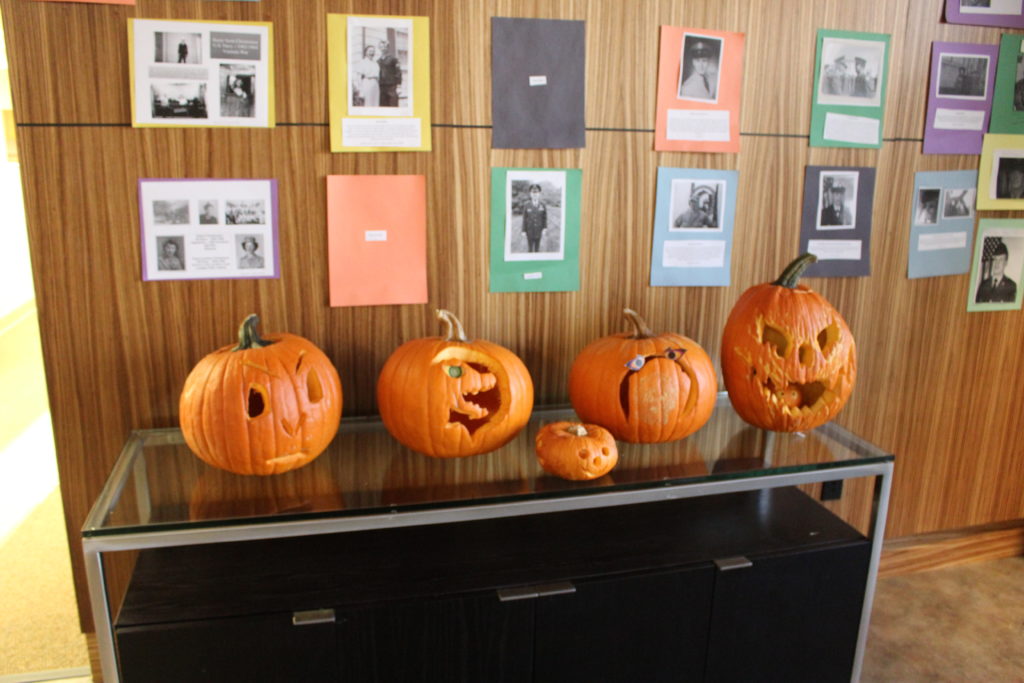 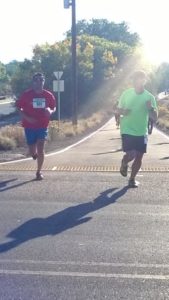 In the October 1, 2014, edition of the New Mexico Bar Bulletin, two workers’ compensation cases were reported.  The first case is entitled Sandy Allen Jones v. Holiday Inn Express and AIG Claims Service v. ALEA North American Insurance Company and CHUBB Services Corporation.  This was an appeal from a decision by Judge Shanon S. Riley.  This Opinion was issued by the New Mexico Court of Appeals. Judge Michael E. Vigil wrote the Opinion, Judge Linda M. Vanzi and Judge Monica Zamora concurred.  This case involved a dispute between two insurance carriers, AIG Claims Service and ALEA North American Insurance Company.  The Court found that the dispute had no effect on the rights of the injured Worker.  The Worker sustained an on the job injury to his back, which was not in dispute.  Thirteen days prior to the accident, the Employer had changed its workers’ compensation carrier from AIG Claims Service (AIG) to ALEA North American Insurance Company (ALEA).  The Employer’s assistant manager was apparently unaware of the change and sent notice of the accident to AIG.

“A CALL FOR DETAIL” BY CARLOS G. MARTINEZ FOR THE NEW MEXICO WORKERS’ COMPENSATION ASSOCIATION

In a recent discussion with one of my colleagues, I was made aware of the fact that my colleague had to litigate an issue in a case that, in my opinion, had the issue been addressed in an earlier settlement document, there would have been no issue to litigate at this time. When cases are settled or an order is drafted and entered, or when a party prevails at a hearing, in my experience the attorneys are often less than diligent in drafting precise document language in the order submitted to the judge for signature. One attorney who I have dealt with over the years,

On June 5, 2014, the New Mexico Supreme Court issued an opinion in the case of Sherrie Fowler v. Vista Care and American Home Insurance Company, 2014-NMSC-019, 329 P.3d 630.  This was an appeal from a decision by Judge Victor Lopez and, subsequently, the Court of Appeals. My partners, Mr. David Whitham and Ms. Emily Franke, represented the Employer and insurance carrier in this matter.

The issue in this case was whether the 700-week limit for indemnity benefits applied to Temporary Total Disability (TTD) benefits. In this particular case the Worker, Ms. Fowler, had sustained a back injury in the course and scope of her employment and was receiving TTD benefits. She was later determined to have reached Maximum Medical Improvement (MMI) and was paid Permanent Partial Disability (PPD) benefits based on her reaching MMI.

In his decision at the Workers’ Compensation Administration, Judge Lopez concluded that the TTD benefits were not subject to the 700-week durational limit found in NMSA 1978, Section 52-1-42(A) and, therefore, Ms. Fowler could be paid TTD benefits for an indefinite period of time over the course of her lifetime. The Court of Appeals reversed Judge Lopez’s decision on this point. See Fowler v. Vista Care and Am. Home Ins. Co., 2013-NMCA-036, ¶¶ 22-23, 298 P.3d 491. However, the Supreme Court, in a unanimous decision authored by Justice Charles Daniels, reversed the Court of Appeals and upheld the decision of Judge Lopez.

The basis of the Supreme Court’s affirmance of Judge Lopez’s opinion is a strict reading of language contained in Section 52-1-41(A), which states in part: “For total disability, the worker shall receive, during the period of that disability, . . . compensation benefits for the remainder of his life.” The Supreme Court confirmed that there are specific limits for PPD benefits, that their decision was not changing that particular limitation, and that their holding only applied to TTD benefits.

There was one aspect of Justice Daniels’ decision which appeared to me to be an incorrect statement of the law and showed, somewhat, a lack of understanding of how the workers’ compensation system works. Justice Daniels stated: “This scheme acknowledges the realistic possibility that some workers may become totally disabled for a period of time, reach MMI or be released for work by their physicians before MMI and return to work, and later face subsequent work-related injuries or find their existing injuries exacerbated, rendering them totally disabled yet again.” Fowler, 2014-NMSC-019, ¶ 10. As I am sure you are aware, if, in fact, a worker becomes reinjured after the worker returns to work, this would probably constitute a new injury, which means a new 700-week period would start all over again. I could not tell from reading that particular section of the opinion whether that fact was clear to Justice Daniels, although it probably would not have changed his opinion in this case, even if it were.

The significance of this case is that it may encourage employers and insurers to try to settle workers’ compensation cases under the Workers’ Compensation Act’s lump sum settlement provisions and to make sure there is language contained in the settlement pleadings that all “past, present and future claims for weekly indemnity benefits are waived, even if the worker’s condition worsens or changes in the future.” If a worker is being paid out his or her benefits on a periodic basis, which they are entitled to receive under the law, there is a risk that a subsequent, non-new-injury exacerbation or deterioration could result in additional treatment or even surgery, re-entitling them to TTD until reaching MMI again. Under Fowler, this could result in payment of additional TTD benefits well beyond 700 weeks of benefits for the exacerbated or deteriorated injury.

Fortunately, there are few cases in which a worker presents with a situation similar to that of Ms. Fowler. Additionally, this should not be an issue in cases of settlement, assuming that proper language forever closing out all indemnity benefits is included in the compensation order approving the settlement.

“LEGAL IMPLICATIONS OF THE PRACTICE OF PHYSICAL THERAPY AND PROPER DOCUMENTATION” 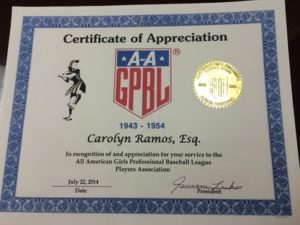 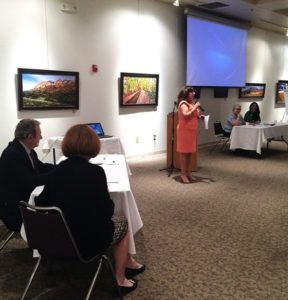 S. Carolyn Ramos, Esq. chaired the fifth annual “Power Lessons from the Female Litigator” Continuing Legal Education (CLE) seminar hosted by the New Mexico Defense Lawyers Association on Friday, August 15, 2014 in Albuquerque, New Mexico.  The seminar entitled, “This is Your Life! Authenticity in the Age of Appearances,” was a tremendous success and attended by over seventy New Mexico attorneys and judges.  The program focuses on enhancing the skills of all female attorneys as they work to represent their clients, advance in their firms, agencies, offices and beyond.

Congratulations to Candace Cavanaugh and Matthew Jones who received a judgment for zero damages in the First Judicial District Court, Tierra Amarilla in a large construction defect case.

The clinical provision of medical care by emergency medical services (EMS) providers in the out-of-hospital environment and the operation of EMS systems to provide that care are unique in the medical arena. There is a substantive difference in the experience of individuals who provide medical care in the out-of-hospital setting and the experience of those who provide similar care in the hospital or other clinical settings. Furthermore, physicians who provide medical direction for EMS personnel have a clinical and oversight relationship with EMS personnel. This
relationship uniquely qualifies EMS medical directors to provide expert opinions related to care provided by non-physician EMS personnel.

Physicians without specific EMS oversight experience are not uniformly qualified to provide expert opinion regarding the provision of EMS. This resource document reviews the current issues in expert witness testimony in cases involving EMS as these issues relate to the unique qualifications of the expert witness, the standard of care, and the ethical expectations. Key words: emergency medical services; legal; malpractice; expert witness
PREHOSPITAL EMERGENCY CARE 2011;15:426–431