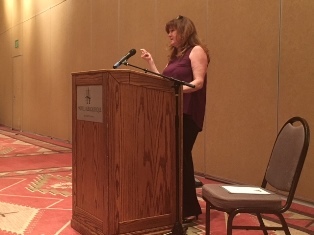 On Tuesday, May 17, 2016 Butt Thornton & Baehr honored Jane Laflin for over thirty years of service and dedication to the firm at a luncheon hosted at Hotel Albuquerque.

Ms. Laflin’s practice focuses primarily on complex civil litigation and general liability.  She has successfully tried several cases throughout New Mexico and has litigated cases at both the Appellate and Supreme Court levels.

Ms. Laflin continues to enjoy the practice of law and is grateful for her continued friendships at Butt Thornton & Baehr.